What’s Down at Mt. Gox: Clearing the Way for Bitcoin Growth

For a significant part of the last three years, Mt. Gox was the Bitcoin exchange. In the spring of 2013, they advertised themselves as hosting more than 80% of Bitcoin exchange transactions. They set the standard for other exchanges, and the price on Gox was widely quoted to be the price of Bitcoin. They were by far the winners in the competition between exchanges and the race was theirs to lose.

And lose it they did. Less than a year after that high point, Mt. Gox is being removed from price averaging services like Coindesk and Bitcoin Average, Bitcoin withdrawals have been suspended, and most observers are saying that Gox has lost its magic. This isn’t the first time that Mt. Gox has had problems, and it has always bounced back before, but things are not looking good for it this time.

The first sign that there is a problem at Gox is in the name itself: short for Magic: The Gathering Online Exchange. The site was originally created as a fan site for a popular fantasy-card game. It morphed into a Bitcoin exchange and was sold by the original owner, Jed McCaleb (now one of the prime movers of Ripple), to Mark Karpeles. As the earliest and most successful exchange, Mt. Gox had the time 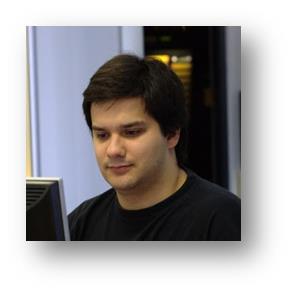 and resources to bring in experts, custom code their processes, and find a way to scale their business. Scaling was a crucial problem since it was everyone’s expectation was that if Bitcoin succeeds that there would be millions, and eventually billions more people joining the economy.


Karpeles apparently never really got over his fan boy mentality. Outwardly, Gox looked like a viable entity, and on occasion did things that built trust and loyalty. In 2011 when the site was hacked, Karpeles guaranteed losses, which propelled the exchange to its first big successes. On the other hand, another thing that made me feel that not all is right with the way Gox does things is their address. The Mt. Gox offices are located in one of the most expensive office districts in the world. There is no particular need for Gox to be located in Shibuya (not far from where I write this now), except for the prestige of the address and its accessibility to all Tokyo has to offer.

Gox’s first big stumble came in May of 2013 when the Department of Homeland Security seized two Mt. Gox US bank accounts due to its failure to properly report itself as a money transmitting business on the application forms for those accounts. The loss of those bank accounts was exacerbated when Dwolla, with whom Gox had already had a strained relationship, severed ties effectively severing Gox’s ability to transact in the US, the biggest Bitcoin market. Further, a tie up with Coinlab that was to expand Gox’s presence in the US and provide regulatory compliance throughout the US fell through with what appears to have been bad faith on both sides. Counter allegations and lawsuits have been made. Our reading of this issue is that although Coinlab did not live up to its obligation to be compliant with the laws in all states by the deadline set in the agreement, Gox had apparently been withholding promised information and funds long before that date and was dealing directly with US customers in contravention of the agreement.

Since that time, there have been long delays withdrawing funds in either fiat or Bitcoin from Gox, making it essentially a walled garden. This has driven the price up on Gox as investors tried to move their funds into Bitcoin and then try to get them off of Gox. If fiat withdrawals into yen or other currencies were possible, the elevated price on Gox would have been an arbitrager’s dream. The fact that the price remained that high for so long speaks to how difficult it really was to get money off the exchange.

Now, Mt. Gox has apparently run into a problem with their own software. They have stopped all BTC withdrawals because, as they say, there is an error in Bitcoin. The flaw, which has been known since 2011 and is well documented, is that when a Bitcoin transaction is made, a transaction ID is created. It is possible for someone to change the transaction ID in such a way that the bitcoins in that transaction are spent twice (double spent). The double spend is resolved when one of the transactions gets incorporated into a mined block and ‘validated.’ The other transaction then goes into limbo. For most current Bitcoin wallets, this problem has already been accounted for, and in the coming years it is supposed that this transaction ID problem will be eliminated. 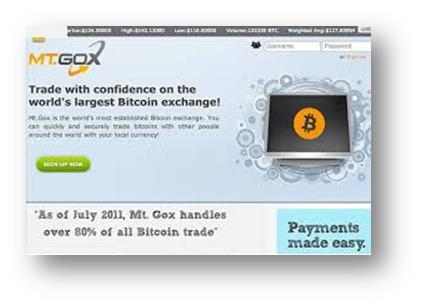 The reason this is such a problem for Gox is that they use the transaction IDs to track withdrawals rather than checking for double spends on the block chain directly. The problem at Gox is not that someone tried to do a double spend, but that someone has exploited this weakness in the Gox system to get them to allow withdrawals of the same funds more than once. It works like this: a withdrawal is started creating a transaction ID. The transaction ID is slightly changed so that it is different, but still valid. Mt. Gox, checking for the original ID doesn’t see it propagating and thinks the transaction didn’t go through and then sends the funds again. This is a bigger problem than doubles spends, since the double spend will eventually resolve itself (unfortunately it may resolve in the hacker’s favor), but in the case of Gox, they will have sent different Bitcoins with no possibility of getting those coins back.

The statement that Mt. Gox posted on its site describing the problem states that it has discovered a bug in the protocol and is working with core developers to resolve the problem for the benefit of the whole Bitcoin community. This is widely being seen as a self-serving interpretation. The flaw is known and being dealt with by other exchanges, Gavin Andresen and Jeff Garzik of the Bitcoin Foundation have come out with a statement contesting Gox’s interpretation. On the forums and on Reddit, many are claiming that Mt. Gox is intentionally using this incident as a way to drive the price of Bitcoin down so that the can buy up more coins. There are claims that Gox is insolvent in either fiat or Bitcoin or both.

In the final analysis, this has been a very bad week for Bitcoin: there was the arrest of Charlie Shrem for money laundering, the arrest of two LocalBitcoins.com users in Florida on the same charges, and Russia’s statement that Bitcoin is not a currency and saying that any transaction in Bitcoin will be considered “highly suspicious.” Despite this, the price of Bitcoin has been recovering, following a pattern that we have seen many times before. Though the mainstream media is reveling in the opportunity to pronounce Bitcoin a scam an dead, again, in fact this is just another birthing pang for the nascent currency. Everything that has been happening has been predicted, expected. It also makes Bitcoin stronger, since other exchanges are already taking Mt. Gox’s place with more professional management and stronger systems ready to scale for broad adoption. Likewise, Russia’s pronouncement and the recent arrests of Bitcoin users are things that need to happen as Bitcoin continues to grow and to find its natural place and its natural role.