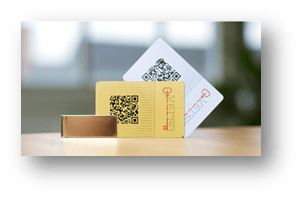 As more and more people get into Bitcoin, the question of how to hold and use them securely is going to be one of the real make-or-break issues surrounding Bitcoin. The new cryptocurrency is not something that you can hold in your hand, and there is no customer support that people are going to be able to call when something goes wrong. Making matters worse, when people do their research they will see that the short history of Bitcoin is littered with hacks, thefts, and businesses entrusted to keep people’s coins suddenly not allowing withdrawals or disappearing altogether.


That isn’t to say that this kind of thing doesn’t go on with fiat currencies already. Thefts, hacks, Ponzi schemes, pyramid schemes, and money laundering are all things that happen with great regularity in fiat, but what fiat has over Bitcoin is that it is familiar and comfortable. If you ask a random set of people what makes the paper money in their wallets valuable, they are unlikely to be able to give a good answer. It is money to them not because they understand it, but because it has always been money to them. There are risks, but the risks are felt, justifiably or not, to be known risks. Bitcoin is an unknown and an intangible, and that is a barrier that bitcoiners are going to need to break down before we really see mass adoption.

One company in Switzerland, Verso Solutions, is doing its part to solve the security issue of Bitcoin. By merging the idea of paper wallets, smartphone apps, and Swiss banks, they are coming up with a way to help people feel that they really have control over their money. I was able to have a short conversation with Sebastien Coupy, the CFO of Verso Solutions LLC to learn more about what they are doing:

It seems like you are trying to make the idea of ‘Swiss Banking’ portable with Bitcoin. Is that the idea?

That is exactly the idea, and we thank you for picking up on that! Switzerland is well-known for its robust banking system and its concern for privacy. Verso Cards are essentially your own personal Swiss bank. They are safe, trustless, and easy to use. We actually store the backups of our Verso Gold cards in Swiss bank vaults.

Your site says that I need both the card and my password to access my funds. However, once the app is running, it seems like the app can be used on a daily basis. So, as 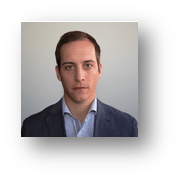 long as the app is running and I have not set it to automatically log me out, then am I free to use the funds without actually having the card with me?


Yes, you are absolutely correct. With the default settings, the encrypted private key is stored on your phone as long as you don’t log out. If the user (you or, say, someone who stole your phone) enters an incorrect password three times in a row, the app will log you out. We recommend enabling automatic log-out for increased security.

I need both a password and private key to access funds. If I lose my password, I cannot access my funds. How about if I drop my phone in the toilet and the data is completely irretrievable. Am I right in thinking that as long as I have the card  and know my password, I have access to my funds?

Yes, exactly. Our idea is to have a wallet that is completely electronic-free and more solid than regular paper wallets. The card is water-resistant and scratch-proof (to some extend obviously, we don’t recommend rubbing it with sandpaper). We strongly invite customers to make a photocopy of the private side of their card in case they lose it. This is not an issue for the Verso Gold cards since we keep a backup of them in different Swiss bank vaults.

You state that most of the code is open source. What is being kept proprietary and what guarantees are there that secret part of the code doesn’t have any holes?

All the libraries we have developed for the app — specifically everything related to the Bitcoin specification — are available on Github (https://github.com/VersoSolutions) and the source code of the app itself will be published when the app is released officially. We are happy to receive any feedback about them from the Bitcoin community. Due to the way the current app stores work there is unfortunately no way to prove that the app you install is really compiled from that source code, and that holds for all existing mobile Bitcoin clients. That being said, in the case of Verso Wallet, you can simply re-compile the app from the published source code (or even customize it, as long as it is for personal use) and install it on your phone instead.

When is the gold card available?

Within the next two months. The added complexity for us is that in order to further combat brute-force attacks (when someone steals your card and tries to guess the password), we split the encrypted private key in several pieces, one of which we keep on our server so we can block brute-force attempts. We are currently working on guaranteeing maximum uptime for our servers before we release the product.

Who are your competitors and how are you better?

We are the first to propose such an easy-to-use and yet extremely secure solution. Our closest competitors are websites offering to print your existing private key (or trust them to create one for you) on various objects merely for cold storage purposes. They offer no way for you to use the funds, and instead rely on you to read the QR code, copy it, and import it manually into a wallet software — meanwhile exposing it to theft — and make a transaction. No easy task for a newcomer. We make it convenient for anyone with zero technical knowledge to use their bitcoins while keeping them safe.

Now a couple of questions about Bitcoin: I see the profiles of the people involved in your company, but can you tell me something about how you all got involved in Bitcoin and how you got together to start this company?

Sure! We discovered Bitcoin in late 2012, and with backgrounds in computer science, economics, and finance, we became fascinated with the technology and what it could offer. Like many, we were shocked by the frequent hacking of online wallet services and exchanges, so we stored our bitcoins on paper wallets, but then it became a real pain to use them, and that’s when we started working on our own solution. Back then, we also built and ran a fairly sophisticated arbitrage and directional trading bot, but that was before several European exchanges closed (Bitcoin-Central, Bitcoin24, etc.).

What do you think is the real role that Bitcoin is going to play in the economy?

More than just a new frictionless currency, I think Bitcoin will revolutionize the way people exchange value and property using technologies such as colored coins or mastercoins. I strongly believe that the blockchain will serve other purposes than just being a ledger for the bitcoin currency. The ‘proof of existence’ is one perfect example.

If you were going to change one thing about the Bitcoin protocol, what would it be?

I would restore part of the expressiveness of the transaction scripting language in order to allow for more potential disruptive applications. … There are things that could be improved, but it’s already a fantastic technology. I focus instead on making it more usable for the layman.

What’s your favorite altcoin and why?

As of today, Ethereum is the project that I’m most excited about. It is not strictly speaking an altcoin, but you can basically build any crypto-currency on top of it. It’s going to be a game changer.

Bitcoin Warrior would like to thank Sebastien for taking the time to answer our questions and for the great Verso card. After spending a couple of weeks using the card, we agree that it is more straightforward than paper wallets and has real potential to help people feel comfortable knowing where their bitcoins are.