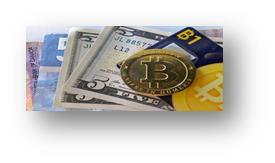 Bitcoin, a digital currency and online payment system was launched as an open source software in 2009. It was introduced by the pseudonymous Satoshi Nakamoto.  Since its introduction, the popularity of the Bitcoin currency has been exploding and with the stories of miners making it big by hanging on to their coins doubles the importance of the security system used by Bitcoin.

Being decentralized, Bitcoin does functions without any official administrative body. The most common error is to believe that Bitcoin is a product released by a traditional corporation; it is more proper to consider it as an autonomous digital commodity, quite like gold. It functions with the assistance of a healthy satellite industry, providing with necessary products and services. It also has an independent business and advocacy organizations, but there is no central Gold Corporation.

The databases displaying Bitcoin addresses with a given bitcoin balance are all collectively managed by the network, that uses a peer-to-peer network, similar to the peer-to-peer networks used by file sharing services. Bitcoin also does not maintain a body to take care of the security. Instead, it runs by maintaining a series of forum-based vigilantes who assist in exposing the scammers behind multitudinous ploys.

While this system has been encouraged by the libertarians, many governments and power economies including China and Korea have been dissuaded by this lack of organization. There has been a recent hike in Bitcoin’s value and currently rates about $1000 per Bitcoin, which is equivalent to £610.

This increase in value also indicates a rise of fortune for the hoarders during the initial rush, and the investors who bought the currency during its waning period. These pockets of small fortunes are indicators of theft and corruption. Bitcoin needs to prove its efficient scam-check potentials in such crucial times.

Bitcoins are cryptic and are covered in ciphers, and for every transaction that the coin undergoes, the details are automatically stored on a block chain. The block chain is thus a proof of all transactions, and act as strong lead-ons to trace a robber. But of course, there are various ways of committing crime, and in this case it might take place without involving de-ciphering or cracking firewalls. In such cases, Bitcoin needs to prove its efficiency of resisting scams.

One of the most complex cases is the Just-Dice case. Just-Dice.com, a betting site that operates for Bitcoin, had been stripped by a player called Nakowa. He claims to have traced the win/lose pattern of the site and had won a fortune.

The site could not detect any tricks that the player could have used. Bitcoin could not cheat the player of his coins, so the ultimate loser was the investor. Without any framed rules for such crisis, the matter could only be solved between the two men involved. The transaction procedures are quite difficult and take a while to be figured out.

Despite Bitcoin’s claim of extraordinary and unique security measures, it remains quite dicey.