Readers Respond To Predictions Of Doom For Southeast Asian Markets

On Bubbles and Southeast Asia

Regarding your prediction in that Thailand, Indonesia and other Southeast Asian markets are on the brink of a crash: I live in Thailand and lived through the 1997 crash. The classic bubble signs are all around, particularly in central Bangkok, where I am surrounded by vast new condos with seemingly few buyers. Aside from potential global catalysts (collapse of the euro, end of QE, military strike on Iran) that might precipitate a Thai crash, there are two near-term domestic events that could do the same: 1) Political unrest (i.e., a near 50/50 political divide that cannot be bridged and tips toward civil war, and 2) the possible death of the king in the next next couple of years. Once he is off the scene there is absolutely no figure or institution able to control and temper the massive political/civil divide. I see Thailand as a total sell–equities, bonds, property and currency.
POSTED BY JIVING

Calling a bubble is fairly easy–the signs are easy to spot. But it’s timing that counts. You can call a bubble every month for ten years, and eventually you’ll be right. Property experts called a bubble in Dublin for more than ten years before it came true, and the experts have been warning that the London property market is overpriced for going on 20 years now. Markets–and investments–never grow smoothly; they expand and they contract. Is the Thai economy in a bubble phase? Absolutely. Is it going to burst at some point? Of course. But not today. And not next week. And not next month. Next year? Possibly, but I think not. In two years? Maybe. Within five years? I’d say definitely. But until the bubble bursts there are opportunities to be had.
POSTED BY THE FAMOUS WRITER

You described how large credit and asset bubbles always pop because they are described as such afterwards by writers like yours. You have no idea if “the worst is yet to come” nor even a clear notion of what that means. Indonesia has low unemployment; its broadly educated labor force is not overpriced globally; it has abundant natural resources; it has a stable democracy; it has a healthy and sizable internal demand; and it has youthful demographics. There is equally abundant evidence that the current bubbles might fizzle, retreat, correct, adjust and then continue to permit stable growth. Just like most dynamic economies of the world.
POSTED BY SCOTT FENTON

Regarding “China Bites Into Bitcoin” China is right to put its foot down on Bitcoin to clamp the wild speculation of the digital currency. What makes Bitcoin worth that much when its assets are still blurry and questionable? Nowadays computer geeks seem to be making lots of money out of the cyberspace from practically nothing and nowhere. Yet there are people swarming to support such virtual ventures. Simply flabbergasting, yet scary.
LUSOU PHU
Shanghai 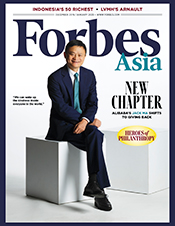