“One for All, All for One”: Adopting the Swiss Rule of Politics on Behalf of Bitcoin 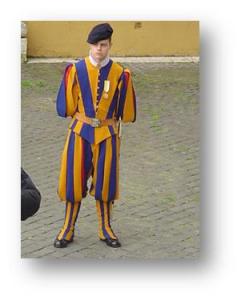 In the world of Bitcoin, today, we are all Swiss. Hardly a rallying cry of 1776, 1789, 1917 or 1989, but a call to action just the same; because in a time of fierce partisanship and extremist rhetoric, in the shadow of a century of populist rage and utopian sentiment, of walls laced with razor wire and cemented by implacable ideology; in that long night of barbarism, economic collapse and recovery; amidst the power of the atom, to destroy, and the speed of the electron, to inform, let us say: “Wir sind alle Schweizer. Nous sommes tous Suisse. Siamo tutti Svizzera.” We are all Swiss.

In that nation of three official languages (German, French and Italian), there is the best political lesson – for supporters of Bitcoin – imaginable: No politics.

Our duty, like the Swiss, is – in the words of a different government, during a different era – to: “Keep Calm and Carry On,” to maintain an air of dignity and professionalism, which is neither an invitation for silence (on our part) nor a reason to ignore reality (as influenced by our opponents). This responsibility is, instead, about style and substance, where language – and the means by which we construct and convey our message – is either a sign of maturity, or proof (by and for our critics) that we do not deserve the trust – of banks, merchants, vendors, legislators and consumers – to succeed.

Is this strategy one of political surrender and indifference? No. Man is a political animal – we are political creatures – but Bitcoin should not be a vehicle for someone’s personal agenda.

We, as a group, must make it clear – with prudential words, delivered in solemn tones – that we will not indulge in a rhetorical war in which our opponents mock and belittle us; we will not give flesh to a caricature of a riotous mob that seeks to ransack the Federal Reserve, loot the United States Mint, and confiscate and destroy every greenback, so we may fiddle as the republic burns.

And yes, the fiercest enemies of Bitcoin – opponents and critics have some measure of civility, but enemies treat politics like a blood sport – these foes are implacable; reason will not convert them into allies, and diplomacy will not remake them as partners in peace.

Their agenda is as outlandish as the fictional one they use to describe us, filled with explicit references to fascism and mob rule; their political power – to malign, distort and liquidate any and all independent voices – derives from titles of honor; an endowed university chair here, a Nobel (Memorial Prize in Economic Sciences) there, the wax embossed certificates of great universities and the gold medallions of grand committees, all of it adorned in an office-as-sanctuary of some high priest – these credentials, bestowed in the spirit of inquiry and debate, are the very tools used to excuse otherwise baseless accusations.

Again, let me clarify what the Swiss position – for Bitcoin – must be. It must be politically neutral, not intellectually neutered. The distinction is an important one because politics is often personal – it can sever relationships, divide families and alienate millions of citizens – while intellectual arguments, however heated or controversial, rise or fall on results.

A physicist can mock a colleague’s theory, and he can attempt to politicize (and thus isolate) a peer’s hypothesis, but Nature does not lie. Or, in the words of the late Richard Feynman: “It doesn’t matter how beautiful your theory is, it doesn’t matter how smart you are. If it doesn’t agree with experiment, it’s wrong.”

We must follow Feynman’s advice by explaining – with patience, transparency and respect – the integrity of our theory, its success in practice and its rapid acceptance worldwide. We need not offer political predictions or issue statements that upset markets and stall partnerships with bankers and merchants throughout the Americas, Asia, Europe and the Middle East.

In response to our enemies, we must speak directly to the world – with the timeliness of Geneva and the tranquility of Basel – and say:

“Bitcoins enjoy the support of millions of people around the globe. We are a community of more than a thousand languages and countless nationalities, from small towns and large cities, of storied countries and historic places.

“We encompass a multitude of professions and an infinite number of interests. We have our own individual beliefs and customs, our shared traditions and native celebrations. From many, there is one – a singular, official motto: ‘We are not a political movement.’

“We will answer legitimate criticism with legitimate information. We will not, however, lend credence to personal attacks. We shall not reduce ourselves to base political motives.

“We are diversity writ large. Politically, our message – in Japanese, Cantonese, Mandarin, French, German, Spanish, Russian and Italian – is a four-word statement of purpose, in plain English: ‘We are all Swiss.’”