The Wild West of Bitcoin According to Joseph Cafariello

Jeffrey Cafariello sure can spin a gripping yarn. In a recent piece for Wealth Daily, he paints a picture of the Wild West of Bitcoin. In his vision, every Bitcoin trader is a steely-eyed gunslinger facing off with hackers. At stake is the value of a Bitcoin wallet.

If you’re a Bitcoin investor, you had better brush up on your speed because … (f)rom the moment you enter into a Bitcoin transaction, you are in a race against robbers and villains who see your electronic transfer on their computers and try to intercept it before you can 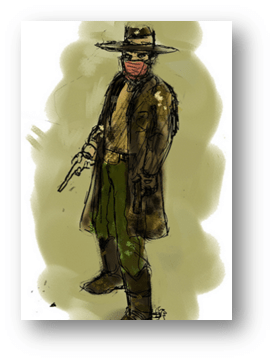 Cafariello goes on to talk about the recent volatility in the Bitcoin market and the underlying troubles with Mt. Gox and transaction malleability. He correctly differentiates between the price on Bitstamp and Mt. Gox when talking about the current value of Bitcoin, and he correctly describes the potential of transaction malleability to disrupt the ability of some exchanges to check balances. He then grandly mischaracterizes all of this by saying “Basically, the Bitcoin system was hacked.”

According to Cafariello, the big problem is that once a fraudulent transaction has been confirmed and the authentic one orphaned, that the recipient can go back to the sender, say they didn’t get the money, and ask for it to be resent. Not the case. The sender can simply directly check the blockchain for the address sent from, sent to, and the amount and know that the transaction has gone through. Only automated systems that rely on the transaction IDs are at risk, which is what happened at Mt. Gox, BitStamp, and Silk Road 2.

With this in mind, the Bitcoin system has not been hacked, but only some programs designed to use it. Transaction Malleability is a bug. An annoying bug, but a fixable one.

Given the fact that Cafariello competently describes so much of Bitcoin and the problems it has faced in the last week, what do we make of statements like this?

All the thief has to do now is go back to the sender and say, “I didn’t receive the Bitcoins you sent me.” When the sender checks the block chain, he’ll be looking for the original hash. He doesn’t know the thief created a second hash bearing the exact same information. Nor does he know the receiver already has the Bitcoins.

It is fair to say that Bitcoin is a new technology, and since it is a medium and store of value it has and will come under an enormous amount of pressure. When talking with Bitcoin experts, they are all 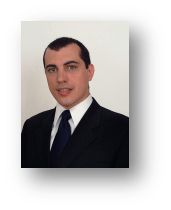 optimistic and hopeful about the prospects of Bitcoin, but not a single one that I have met say that Bitcoin is a sure bet. Andreas Antonopoulos has said that he believes that Bitcoin has reached a point where it can only be defeated from within – if some unforeseen bug is discovered. Transaction malleability has been a far greater nuisance than anyone initially though, but it is certainly not the death of Bitcoin and it is certainly not a path for hackers to steal your money if you don’t sit at your computer and do battle with them over every transaction.


It is also fair to say that Mr. Cafariello is, like so many of the journalists out there these days, far more interested in getting readers by spreading half-truths and fantastical stories than doing any accurate reporting, which his piece suggests he is perfectly capable of doing if he wished. It is because of reporting like this that we get polls like this one from CFA Institute Financial NewsBrief in which 77% of respondents said that they didn’t think Bitcoin would be viable in the next five years, 11% didn’t know, and only 12% thought that Bitcoin had a fighting chance. Given the quality of information they get, the readers of these sites get, it’s no wonder.

Finally, Cafariello asks the question that is the whole purpose of his article: “Do You Really Need Bitcoin?” And, obviously, the answer is no. He recommends instead for his readers to get themselves a good, legitimate, regulated broker, because, you know, financial institutions have never sold anyone a bum stock, stolen their money, created a Ponzi or pyramid scheme, … Oh, wait. Wasn’t Bernie Madoff a legitimate, regulated broker? Bottom of Form