Challenges Prove the Vitality of Bitcoin 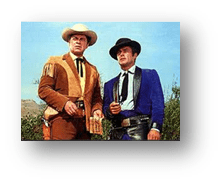 Wild Wild West
secret service agents traveling the west post-Civil War and fighting baddies with lots of James Bond like gizmos. Jim Gibson sounds like he is not quite sure what to make of Bitcoin, taking a number of snarky jabs at it in his piece.

Gibson calls the recent suspension of withdrawals at three Bitcoin exchanges as being like something out of Revenge of the Nerds (probably more of an observation than swipe in the case of Mt. Gox). He calls “transaction malleability” a euphemism that could only be come up with by software engineers. But, despite light and mocking tone, he also rightly points out that this ‘bug’ is not unique to Bitcoin. Apple, Microsoft and many other tech companies regularly put out software updates to patch holes and close exploits that have been discovered.

With Bitcoin, of course, there is no singular company that can put out the fix; any fix will have to be passed to all of the individual Bitcoin miners and nodes and be accepted by a majority of them to be adopted. This, plus the fact that if the exchanges had been using a safer way to check that transaction had been processed, transaction malleability was not seen a serious problem before the Gox debacle.

Once the flaw in exchange software was known, a hacker or hackers unknown launched a large scale attack on all the exchanges to see which ones they could gut. So, even though exchanges like BitStamp needed to be very careful to make sure they were not losing their customer’s money. Once they patched their software to make sure they were not vulnerable, they started to re-allow withdrawals. In general, with the exception of Mt. Gox, Bitcoin exchanges seem to have been relatively resilient suggesting that Bitcoin has survived another challenge.

Toward the end of the article, Gibson gets serious and draws what seems to me to be the right conclusion.

(B)itcoin has been under attack lately. As the new kid on the block, that is to be expected and that is to be welcomed. It is through these growing pains that bitcoin will prove itself as a viable alternative currency. In other words, bitcoin is in the midst of proving itself as a new payment alternative. At the same time, you may want to consider the bitcoin turmoil as an opportunity.

The Vitality of Bitcoin

The recent problems faced by Bitcoin have been making a lot of news recently and most of it has not been as balanced as Jim Gibson’s. The Bitcoin Wiki saw its daily page views drop by half suggesting that people were being scared away from the nascent tech money. On the other and, those views have been coming back up in recent days. And the true believers still have a fire in the belly as this recent post on Reddit shows. This developer has decided to quit his job of 12 years in order to build his Bitcoin dream business. Slowly, more and more people are making the switch, even when Bitcoin is taking its most serious hits, proving its vitality.

Written by Mark Norton of BitcoinWarrior.net. You can contact him at [email protected]