If HullCoin can spark a new inclusive economy which creates gives poor people guaranteed material benefits (e.g. rent, tax and food) from poor people doing voluntary work, then the strategy should work in other communities. It could take off like wildfire. Now that really would be revolutionary with prosperity being created from the bottom up. The question would then become would central governments give up the power to “run” (more like meddle in) economy.  Another question is, how will volunteers be managed, so they do really productive work? 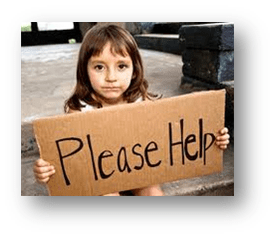 Hull City Council is creating its own Bitcoin-like digital currency called HullCoin which it will donate to people in return for carrying out voluntary work.

The unprecedented move is a bid to “tackle poverty” and boost the local economy. Struggling residents will carry out “voluntary work” and receive HullCoins as payment. These digital coins could then be used to pay rent or council tax, or buy other goods and services such as fruit and vegetables. Council workers are currently investigating whether deals could be signed that would even allow them to be used at highstreet shops such as Asda.

As altcoins go, HullCoin is different: it is a hybrid of two currencies. While the mining rig is generating scrypt-based currencies, HullCoins will be a 50:50 mixture of Feathercoin and Ven.

Shepherdson explained:
“Obviously, digital currency is very volatile and the volatility is something which we will need to monitor, and [...] while strategizing that volatility, we came across something which is called Ven. It is digital and it isn’t pegged to a particular currency. Ven is something which has a small value but is pegged to a basket commodity, like gold. Whilst it doesn’t create a great deal of value, it is incredibly stable. So, you build that stability into your local currency.”

Open Intelligence offers tips on the media and trends in the Bitcoin economy. Check back often to find out what is happening.